fascopy paper formed into ballet toe
will cushion an egg,

raw, wrapped and
nestled in its egg-protector
as it sails to rain-gutter glory
(it’s sharpee black body dons a
skull sticker with wings) 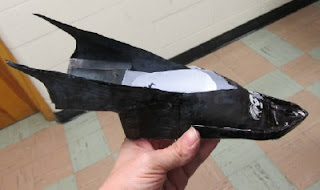 Monday’s prompt at Big Tent Poetry asked us to incorporate science into our poems. This week at school was a high stakes (think NCLB, AYP) testing week. Kids tested in the morning, and our middle school team (go Dynamos!) worked their way through four different 45 minute stations in the afternoon. Fortuitously, I worked in a science classroom, in which we constructed paper cars. I noted that my car looked like a ballet slipper, and one of the students, said, “Yeah, the Black Swan, maybe…” My car took a turn toward the dark side. :-) Allotted only three sheets of paper to make the car, it had to have a mass of 40 grams(that’s where the glue came in handy). For next week’s addition of wheels, I glued on the axle housing (straws)--after I took the picture.  Next week the cars will run down rain gutter tracks carrying an egg. The gutter will end in a cinderblock. The challenge is to have the fastest time with egg intact. Go Black Swan Slipper Car!!!
Posted by brenda w at 7:30 PM

I read and re-read the poem before looking at the photo. Then I understood! Fun idea!
Here's me:
http://www.kimnelsonwrites.com/2011/03/09/you-and-me-scientifically/

What a cool project. We never did anything fun when I was in school. Very passive, was my education.

Of course your poem was a different experience. Guess you'd call it an occasional poem. parts made me think of unrelated things, like the pigeon eggs that wash down when there is a heavy rain: stupid birds rebuild their nests in the same place over and over

Thanks for your comment on 24. I wrote that to an image prompt on RWP (may it rest in peace)

Brenda, from title to poem.
What a splendid piece. I love the
project and your egg car is cool.

Without your fascinating process notes and the image, I would have been floundering in the fog. What fun you had with your class, yet still educative.

Liked the way you handled this...having done similar, I had the benefit of "getting it" on the first go. Bravo. Vb

Can't wait to read the race news. Good luck with that beauty.

What fun. Three dimensional homework, quite a difference from my school days. Love it. 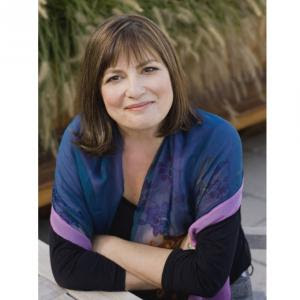 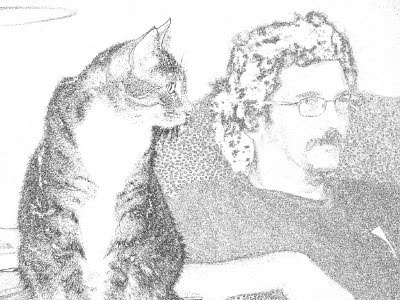 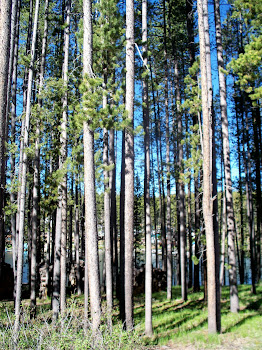